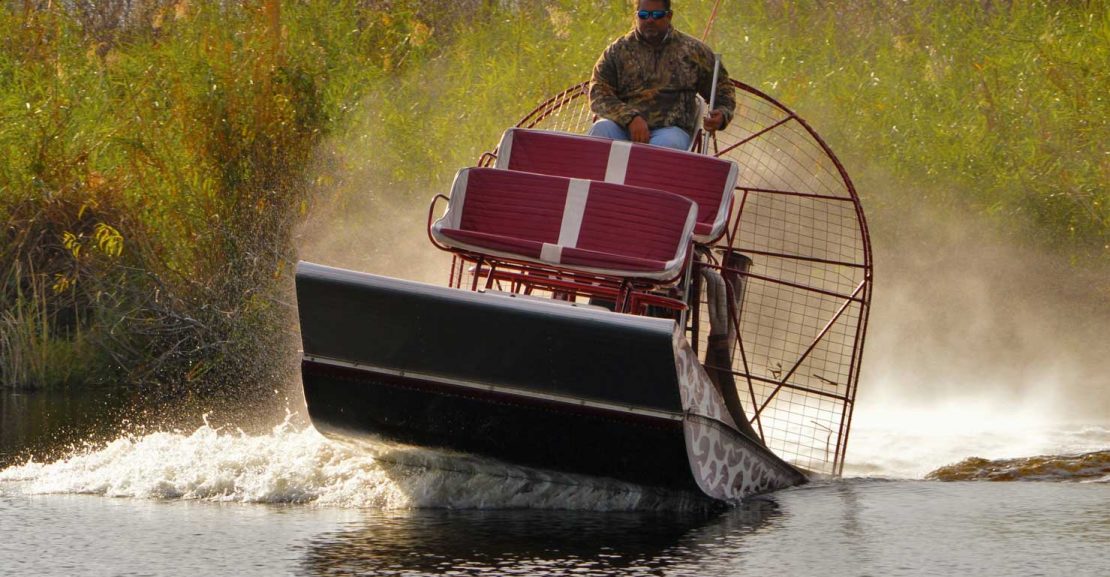 November 16, 2022
Posted by: administrator
No Comments

If you’re in the Boca Raton area, Boca Raton Everglades tours are ideal for seeing the Everglades in all its glory. Captain Wayne will drive you to Florida’s most stunning and distinctive nature reserve while showcasing some notable animal species, some unique to the area. However, all this talk of driving around the Everglades with an airboat might have you asking if our airboat rides are environmentally sustainable. As climate change becomes more widely recognized, it is a legitimate worry we intend to address. Today we describe how Boca Raton Everglades tours maintain our environment and promote eco-tourism.

Boca Raton Everglades Tours are best with an airboat

There is a considerable difference between using a typical boat and an airboat in the Everglades, and this goes beyond being easier to navigate. For those who don’t know, airboats work very differently from traditional boats. Ordinary boats float and are at least partially submerged in the water. Those boats can get stuck in the plants, and their underwater propellers will often destroy them. Traditional boats can also bump into animals, affecting aquatic life and life over the water, especially when going at high speeds. In comparison, airboats operate differently. They move with the help of a giant propeller that always remains above the water’s surface. Unlike other boats’ underwater propellers, it doesn’t destroy plants or get stuck in them. That giant propeller is of no harm to fish and other creatures that live underwater or close to its surface.

A captain that believes in eco-tourism

Captain Wayne cares deeply about the Everglades, partially because he’s a native. His concern for ecology goes more profound, as he has been piloting people around the Everglades for over 35 years. Boca Raton Everglades tours are his passion, and he wants people to understand and respect the Everglades. During your airboat tour, you will discover some unique wildlife, and your captain won’t be short of stories to tell you about the ecological system of the Everglades.

On top of being both fun and instructive, Boca Raton Everglades tours are also about potentially witnessing some fantastic creatures. Between the impressive and almighty American alligator and the beautiful and delicate roseate spoonbill, there is no shortage of animal species to discover. Captain Wayne will do the right thing, bringing you close enough so you can see but never too close so you won’t be disturbing those unique creatures. Respecting animal life isn’t just about not bumping into them with our airboats. It is also about respecting their territory.

Eco-tourism is essential for the Everglades

As you can see, we strongly believe in having a minimal impact on the environment. We also believe in spreading knowledge about the ecosystem. The Everglades has a long history of human intervention affecting its water and ecology, and there are now many programs that aim at helping its restoration. Many animal species there are rare or endangered. Boca Raton Everglades tours aim to raise further awareness of the importance of restoring the Everglades.

If you are interested in a fun and high-octane tour while discovering the Everglades ecosystem, why not book a ride with us? You will visit the world’s most impressive swamp and find some unique creatures. Captain Wayne will ensure to update your knowledge of the Everglades, and you will enjoy eco-tourism at its finest.